Letters From The Amazon - Part Four

PART FOUR : THE MAGIC OF THE RAINFOREST

Hola! So this is where I am, Jatun Sacha means 'Óld Forest' in Quichua - the language spoken by the indigenous people of this region. Its about an hour away from the nearest town which is Tena, so its pretty remote but really magical and I feel the extreme change in climate from Quito being very sweaty and humid. 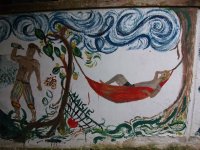 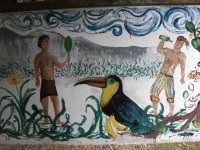 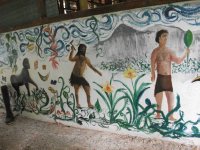 Check out the map - this is where I am!

Jatun Sacha is a biological station to protect and promote the conservation of the tropical rainforest ecosystem. I´m north of the Napo River in 2,200 hectares of the Amazon Rainforest and the diversity of birds, butterfies and insects are spectacular.....except the vultures ha!

I´m living in a wooden cabana with a bed, mosquito net, shelves and a table and thats it! Other volunteers are the same and its pretty cool hearing all the sounds of the forest at night (the first night is weird, you wake up alarmed wondering what was that noise!?!?! as they are pretty strange...Darth Vadar noise is my favorite so far). 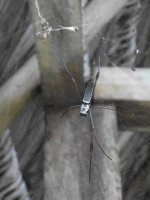 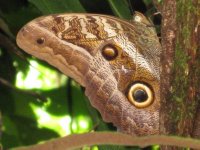 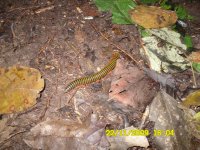 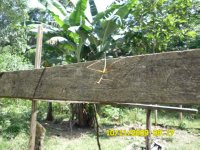 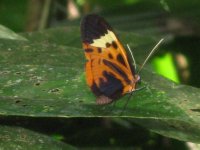 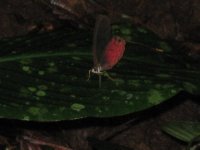 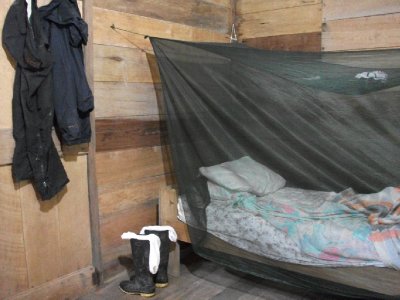 It's a really chilled out environment here - the air is mega clean as all the trees and huge leaves make huge amount of oxygen, so there´s no healthier place on earth! its also mega humid and you get really sweaty out in the hot sun so theres nothing like a cold shower after a hard days work. The rangers and cooks speak Spanish at the station, so its pretty funny being lost in translation most of the time and using the art of charades or sign language.

I have to wake up at 6am every morning, one day I do kitchen duty where I have to work at the station all day cleaning with the kitchen staff shouting ´Senorita, Washy Washy!´ at me, as if I am Cindarella who shall not go to the ball - its quite funny, we always see the funny side of things in the jungle. Its hard physical labour - I have to take the compost through the jungle and dump it in the Organic Garden in the reserve where a flock of black vultures descend on me as if it were from Hitchcocks ´The Birds´ or something. Your first night in the rainforest fills you with real wonder and excitement though. I have to use a small torch so I can see my way through the jungle to your cabana otherwise you will struggle BIG TIME to get anywhere in the Jungle as its pitch black. And you go to keep an eye on your feet - you never know what you might step on! The weird thing is though, your senses are really sharpened with the weird, cool and strange noises really close to you. 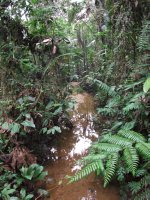 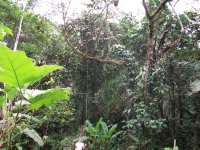 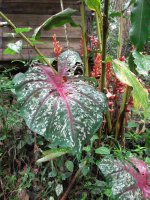 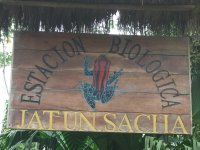 There is always danger in the Amazon Rainforest but it is rare and always not what you would think of as danger. But it is true what they say about it being the most biodiverse place on Earth. There are so many plants and vegetation and thousands of butterflies and bugs - which you get used to, not to mention all the bird calls you hear in their natural environment, even saw a cute little humming bird mmmmmmmmmm and baby tarantulas. I´ve also seen some really cute saddleback tamarin monkeys whilst having breakfast hoping to grab my banana haha! they are sooo cute though swinging around. If you like animals, this is the place to be. Seriously, it is truly amazing - its kind of weird because you are so cut off from the world and its like you´re living in a microcosm where the world´s turning without you in a way - kinda strange, but a really unique experience.

So, living in the rainforest - well when I´m not working in the kitchen or getting attacked by my vulture friends haha! we have to go work out in the Amazon Rainforest armed with machetes and gloves - so far we´ve cut bamboo to help make a bridge and we´ve also been smartening up areas and clearing them to make areas to plant more plants and the like - it is really hot and humid so you get really sweaty and dirty out here in the jungle - nice!. I ride on the back of a guy named Edison´s motorcycle through the jungle to the site Centro de Conservacion Plantas Amazonicas where we are working at. The head ranger, Sergio talks about the medicine plants we are helping to preserve which are really wacky (theres even a no pregnancy tree would you believe! and many hallucionation ´drugas´plants) so he tends to describe them using really funny sign language - also the fact he screams and runs away when he sees a bug or insect is just as hilarious! One time we had a random class of cute local school children show up and are obsessed with knowing your name - they find mine particularly hilarous as Sal means ´salt´ in spanish so they say Í will put you in my soup!´haha. I´ve also been helping to to make learning posters for the volunteers teaching in the local schools. 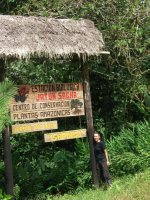 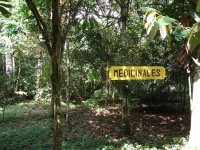 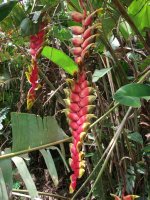 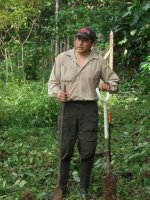 An interesting thing we have done, is visit a real Amazonian Shaman. My foot was pretty bad still and any cuts and scratches take twice as long to heal out here, so we hitchiked along the road leading through the jungle to a local Shamans house. I was half expecting him to have the Papa Shango look of bones round his neck and paint marks over his face with a bubbling cauldron but he looked pretty normal with his baseball cap and Popeye T-Shirt. He lived at the Rio (river) in a wooden house on stilts with no windows or four walls. We managed to hitch on a pick up truck or anybody who would pick up some Gringos (what they call White person here) to the forest where we had to walk for quite a bit to reach his house surrounded by loads of medicine plants and his kids running around chasing their puppy shouting Sal! Sal! and then throwing themselves of the cliff edge (5 year olds have no fear). My friend who is much better at Spanish than me, asked him if he could treat my foot with any medical plants. He went off into the forest to find something and came back with a crushed stem of a plant called Úcucha Ztecta´ which stops bleeding and heals wounds so I´m giving it a try to see if this stuff really is any good - after all, the foundations of medicines of the world are all right here! 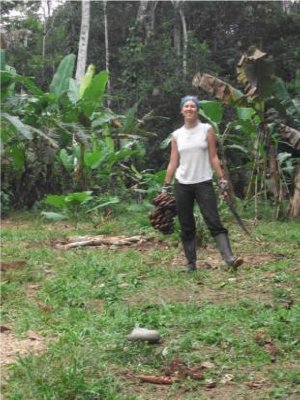 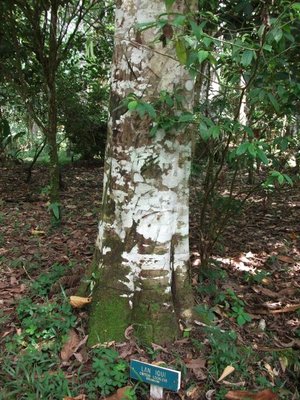 Today, I was out in the fields cutting down Bananas and carrying them to the roadside (which are really heavy!) in the hope we could hitchhike a ride back to the station with them. We also have had to pull out Yucca trees and cut off the roots to eat which has been hard, sweaty work especially in the hot Amazon sun. We also discovered the tree ´Sagre de Drago´ which when you cut it, it bleeds! and you can treat Tuberclosis, Bronchitis and Cancer with it, its pretty cool. Then we took an adventurous walk through the jungle up a tributory of the Napo River in knee deep water and getting my bum bitten by ants - now my bums big! Not good when you´re trying to layering Tiger Balm on your naked body when there´s wildlife photographers walking around my cabaña! 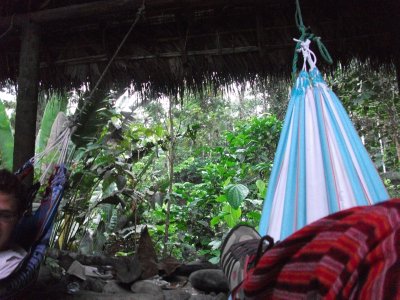 Anyway, thats pretty much whats been happening in my first week in the Amazon - its just started to rain so I´m going to chill in a hammock and watch the Rainforest life go by.......;D